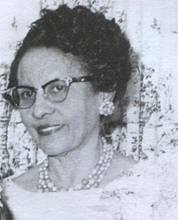 If I were a more patient person or a better communicator, I would be a high school civics instructor.  There is a fundamental problem with the way we teach civics, we don’t give our students the tools they need to work with and change our government.  We tell stories of what amazing men can do, be they presidents or leaders of movements.  We have pictures on the wall of Washington, Jefferson, Lincoln, Dr. King, and perhaps Mahatma Gandhi or Susan B. Anthony.  More to the point, we have pictures of these people at the height of their influence, in the majesty of an official portrait calculated to convey importance.  Lost from these accounts are the workaday changes that made such people possible.  Lost are the people who look anything like a high school student looking for a part.

I’ve often given consideration to who I would put on the wall of my classroom.

If you have not seen Hidden Figures, I recommend it.  It’s a dramatized desegregation of NASA.  Unsurprisingly, as a dramatization it does take liberties.  A quarter century of progress is collapsed into 6 weeks, and the work of hundreds of people is represented by 3 women.  The story is still essentially true, although in a Hollywood sense of the word.  In a minor spoiler, there is a scene where the white establishment (in the form of the chief of the engineering team) takes a sledgehammer to the “Coloreds” bathroom sign.  It’s an inspiring moment of self enlightenment when the white power structure understands how wrong its been, graciously and dramatically gives up some of its privilege to an audience of stunned black onlookers.  The real story is much more inspiring.

Miriam Daniel Mann was born in 1907, which puts her just a bit older than my grandmother.  She was her high school valedictorian, and graduated from college with a major in chemistry and minor in math.  In the 30’s, the mathematical grunt work of computing was a job available to women, as it freed up men to do theoretical engendering.  Labor shortages of WWII allowed for more opportunities for women in the workforce, and in 1941 the President ordered that defense jobs be offered to qualified blacks.   in 1943 the National Advisory Committee for Aeronautics (precursor to NASA) created the segregated “West Area Computers” section.((The section itself was closed in 1958 when NACA became NASA and was desegregated and well before the movie took place))  Ms. Mann was in the first class of computers hired by NACA.

NACA was helping develop aircraft and bombs for the war effort.  It was a coveted position that could make her and her family proud.  The job was better paid then nurses or teachers at the time.  It was still a position held by a black woman in segregated Virginia.  She and her colleges suffered systematic discrimination which included signs declaring separate bathrooms and cafeteria seats.  Ms. Mann would routinely take those sines, slip them into her purse, and dispose of them when she went home.  Her husband warned her that she could be fired for doing this, putting all that she had worked for in jeopardy.  Her response was to say “at least I’ll go down fighting.”

Her picture would go up on the wall in my classroom.  It would go up for several reasons.  She is an example of someone who followed her education to a better life, one that was unimaginable when she was in high school in the early 1920’s.  She found a job that used her abilities while providing her with respect.  Then, she had the courage to risk it all to demand that she and her colleges be treated with a dignity that we can now take for granted.  Mostly, she would be on my classroom wall because she did it on a scale that we can all understand.

You don’t need soaring oratory to sway crowds to be a part of a better world.  You don’t need to be a head of state or the front of a moment.  It’s great if you can, but that’s not most of us.  The rest of us have a role to play in the better world.  It takes a thousand and one people for a leader to stand in front of a thousand.  The real work is not when the march is happening, but it’s when those thousand people go back to their daily lives, when they demand dignity with day to day actions, or when they receive dignity from the actions of others.  Whether it’s removing a racist sign, or halting a trans-phobic joke, these are the day to day things that change the world.  This is what gets lost when we look on the wall to see Washington, Jefferson, Lincoln and Dr. King.