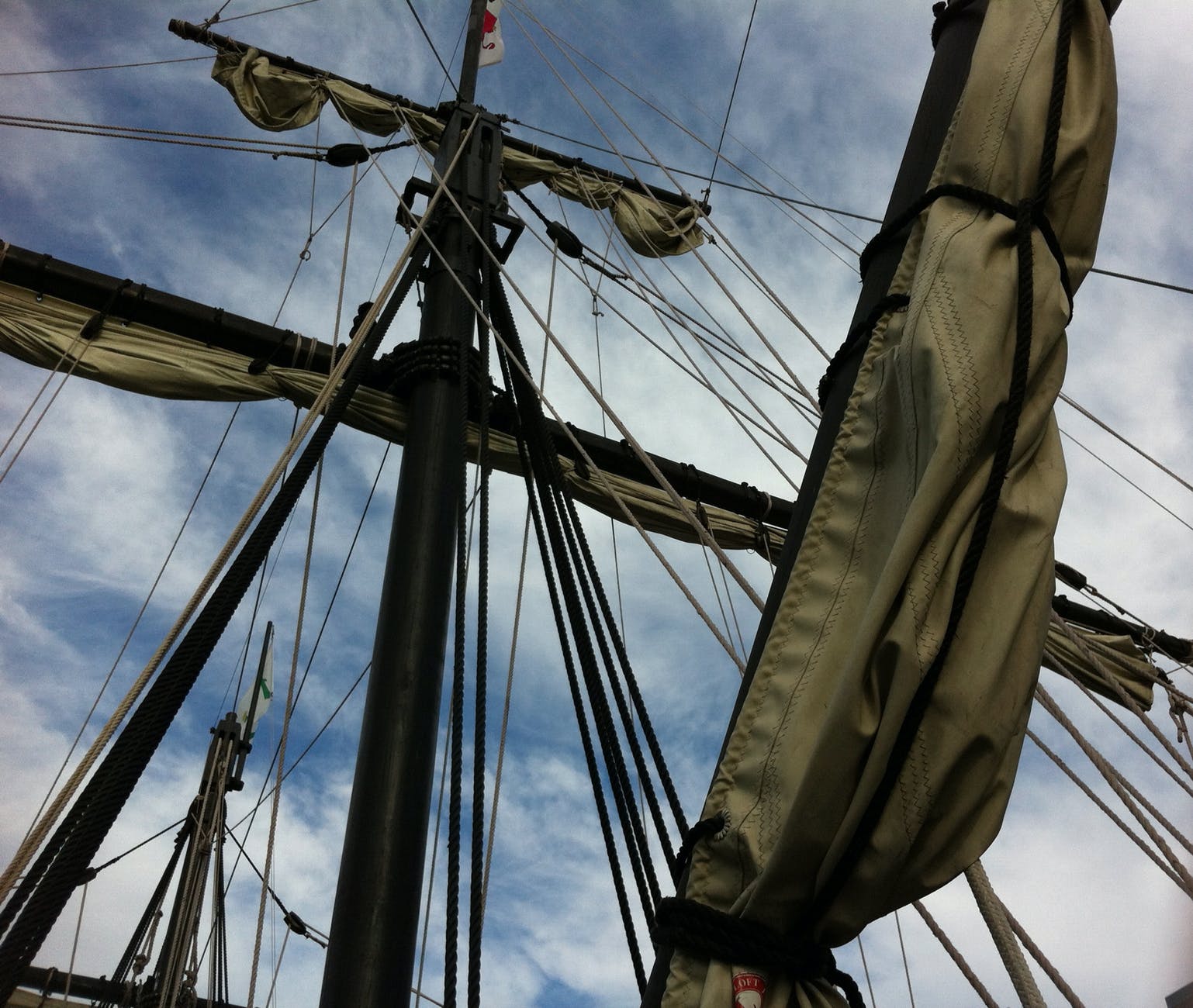 In one of the seminal works on media analysis, Marshall McLuhan wrote that “the medium is the message.” The idea is that the medium has a symbiotic relationship with the message itself. TV gravitates to stories that look good. Radio requires good audio. A 24-hour news channel prioritizes quick content over the in-depth analysis you might get in a quarterly academic journal.

McLuhan came up with the idea when he was a graduate student, helping Harold Innis write “Fur Trade in Canada.” The book noted that the entire fur trade was defined by the breadth and width of the Voyager’s canoe and the range that one Voyager could reach in a season. The travel medium of the canoe established the economic base of Western Canada. McLuhan expanded the scope of that canoe to the breadth and width of an evening newscast.

There was nothing romantic about a ship at sea. The ship relied on men to be the workings of the machine at the direction of the captain. The only way through a bad storm was to follow the Captain’s orders. Individualism meant possible death for the crew.

The ships themselves would go out for years with provisions for months. For anyone to make it home, the ship must find provisions along the way. To not take what was needed meant death in a faraway land.

The crew? They knew the score. Mortality rates for an extended cruise meant there was no certainty of seeing family again. A lack of any form of pension and a risky job meant if they did make it home, it was to a future of scraping and a family that had moved on.

And the Captian? Everything about this scenario self-selects for someone who could expect a godlike following, and put himself above those inferior to him, commanding them to their deaths if it meant saving the ship. The astonishing thing about the tales of mutiny that survive is just how much a crew would put up with, just how inhumane a captain could be before the mutiny happened.

So how does the medium of travel direct the message of colonialism? We sent out ships that could not survive on their own provisions. We crewed them with men who needed to be dehumanized for the ship to survive. They sailed under the command of a captain who was used to dictating to those he felt were his inferiors.

That sounds like the message of colonization in a nutshell.