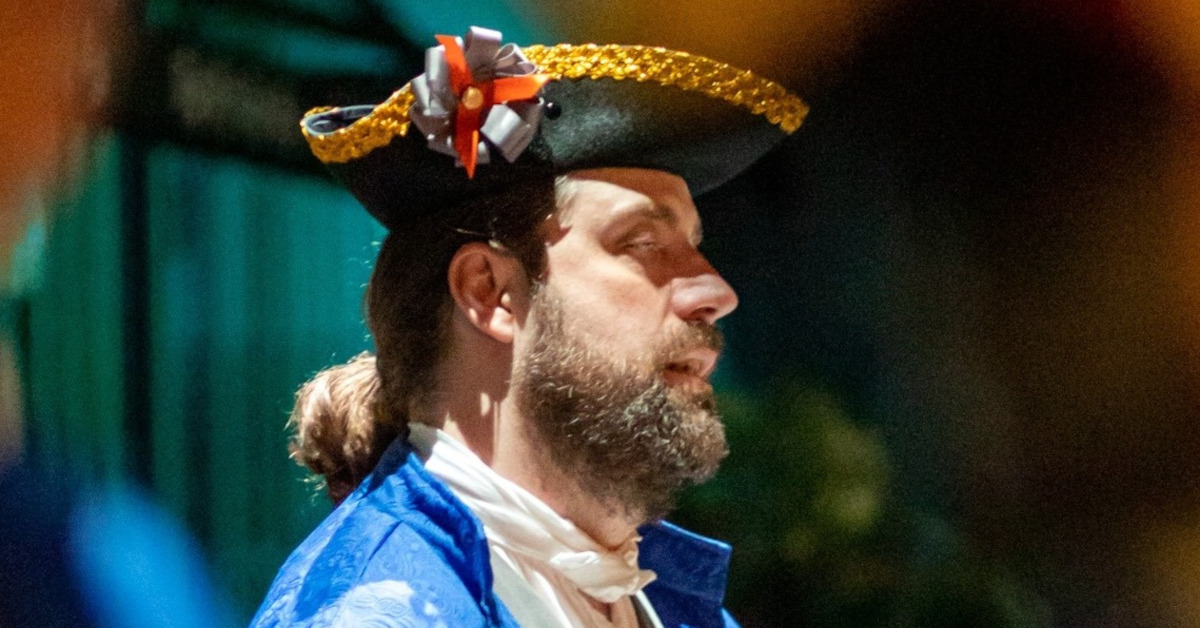 I’ve spent the most incredible moments of my life are surrounded by sound. At St. Olaf, I was a part of a 450 voice choir. At an Albanian wedding, an older group of men singing iso-polyphony ​(“Albanian Iso-Polyphony”)​ pulled me into the center of their ring. I spent a fantastic lifetime (or 20 minutes) enraptured by the sound of the 8th century BCE. Lying way too close to the main speakers at the Winnipeg Folk Festival, listening to Lorenna McKennit’s harp under a moonless sky. In the NICU, sitting with my son on my naked chest. Singing to him in time with the beeps and clicks that shook the bed.

It turns out that for my entire life I’ve had significant hearing loss. On my right side, my inner ear works. My middle ear does not. All the sound that my right ear hears is conducted not through my ear bones, but my skull. In numerical terms, I’ve had about a 60 dB hearing loss in my right ear since birth. The reason my memorable auditory experiences have been full-bodied is that much of my hearing has been through my body, not my ears. It took that much sonic energy for me to hear.

This was stunning news. I’ve spent over a decade in choirs and been a producer for multiple radio stations. I mix sound for theater and live events and performed regularly in pubs. This is not the resume’ of someone with an undiagnosed hearing loss.

I was incredulous about the diagnosis, even if it matched what Shannon has been saying to me for years. I accepted her word that I should have been hearing more than I was, but there is a giant leap from a minor issue with hearing to being told I have a 60 dB hearing loss in one ear. If nothing else, the fact that I can use a phone with my right ear should disqualify the diagnosis.

However, the audiologist had charts, and I’m a sucker for data, so I pressed on.

The first step was to get tested for a conductive hearing aid. The audiologist strapped the device to the side of my head, and we spent some time dialing in the parameters. Friends, you know that once in a hundred shows when there is an absolutely transparent speaker system? That’s this hearing aid. It was amazing

The audiologist put some effort into making her office quiet. When I walked in, I could hear nothing but the the two of us. When the hearing aid was on, I suddenly heard. The HVAC system and her computer fan became clear and distinct, not just from the background, but from each other. The data was correct. My phone was loud enough to conduct sound through my skull, and my ear was not working as it should.

There are two options available to those of us with insurance for dealing with conductive hearing loss. The first was to get a Bone Attached Hearing Aid (BAHA) ​(“Bone Anchored Devices”)​. This is a hearing aid that connects to the skull with either a titanium post or magnet. It amplifies the sound being conducted through the skull to replace the sound that the inner ear is not receiving from the eardrum. Since I had used a version of this to confirm the diagnosis, I knew it would work. It would require minimal surgery to install a post and, medically, that was it. From there, it would only require some care in cleaning and the maintenance of a hearing aid.

The other option is an Ossicular chain reconstruction. The surgeon goes in through the ear canal, opens up the eardrum, removes the fused bone, replaces it with a titanium prosthetic, and reseals the eardrum. It’s fascinating that we can do this. It’s also a terrifying prospect for someone who hates anything anywhere near his ears, especially since the bone between the middle ear and brain is paper-thin. This was not what I wanted to do. However, once completed, there is no maintenance. If I went this route, I would not have to worry about replacing my hearing aid if I ever lost my health insurance. In this country, that’s a compelling argument. It’s the argument that won the day.

There is not much for me to say about the surgery. I was under anesthesia and blissfully have no memory of it. The inner ear filled with fluid, making it as non-functional as it was before the surgery. Occasionally, an air bubble allows for everything to work correctly. While that bubble is in place, I hear things I’ve never heard. Compressors, fans, my house is much louder than I had known. Over the next few weeks, the ear will drain, and the eardrum will dry out. My hearing will get better and better. There is a moment that stands out in this process, however.

At my two-week visit post-surgery, the doctor removed the packing from my ear canal. Even with the packing in place, my hearing had improved. Without it, on the way home from his office, I qued up some choral music.

I had always just assumed that choral music was something that did not record well. My time in a massed choir was a moment not to be recaptured. The nuance of the music was lost on me, even when I was in the audience chamber. I was entirely wrong. I still don’t have the words to describe how it felt to listen to sacred choral music on the drive home. I’ll just say that I had to stop. I was crying too hard to drive.

The next album I put in was Stan Roger’s “From Freshwater.” I have listened to this album thousands of times over more than 30 years. There are lyrics I only know because I looked them up online. “Blue Dolphin, built by the Rhuland men,” a reference to the Smith & Rhuland shipyards. I’ve known the line, I’ve researched the reference, but when I heard the song on the drive home, it’s the first time in 30 years I’d understood it clearly from the album itself.

Finally, for the coup de gras, I put on an album of Albanian iso-polyphony. I’ve tried to recapture the sound of that Albanian wedding for a quarter-century. I came to the same conclusion as I had with choral music. Some things just can’t be recorded. I was just as wrong.

I feel like I’m hearing again, for the first time.

One thought on “Hearing Again, for the First Time.”