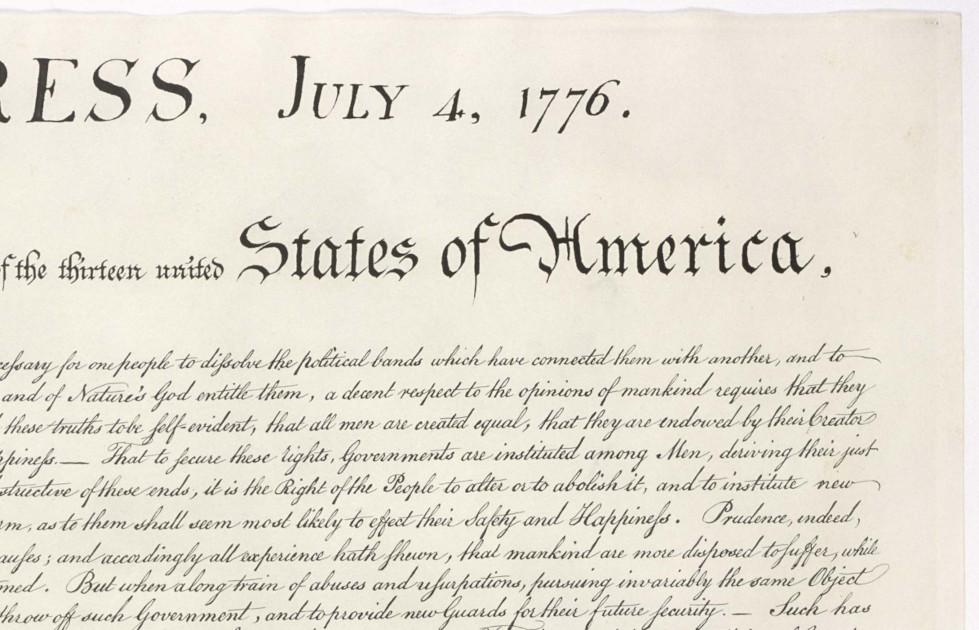 Traditionally I post the Declaration of Independence on The Fourth. This year, I decided that focusing word for word on the language of the 18th Century is a poor way to celebrate a document that is so forward-thinking.

Consent is an interesting word here. We know the person who wrote the document was a slaveholder, whose economic power came from people with no agency to withhold consent. We know he regularly had sex with one of those slaves who had no agency to refuse. The Declaration, as forward-thinking as it was, still envisioned a world where only a part of the population was governed. The rest was ruled.

Mr. Jefferson’s flaws make his document all the more powerful. The thesis of the Declaration is that no man has the Divine wisdom to rule us all. Any just power and authority in government must come from all of us and change with us when we finally see the errors of our past. When we understand that government must include all who were once ruled, be they freed slaves, women, or those who the Declaration later called “merciless Indian savages.”

Words from the past are like bugs trapped in amber, unable to change with the world around it. Jefferson’s document, preserved in amber, has all the DNA of our current government, and the aspirations for a government we’ve not yet been able to build.

To paraphrase biographer Joseph Ellis, his Declaration was wrong for the time but right for the ages.

One thought on “Self-evident”